In 2008 i moved to Brasília. I was thoroughly enchanted by the city. I took polaroid photos and as I showed them to the film director Jose Eduardo Belmonte, a child of Brazil’s capital he would say: ‘When i’d go see a Tarkovsky film in my hometown as a young man and after I’d leave the movie theatre and face my hometown I couldn’t tell any difference between the movie and the reality surrounding me. Your photos reflect exactly that.’

Later the series of photographs were turned into a book entitled SUGAR and ICE, a photo book that works like a film essay about Brazil’s capitol Brasília trying to lay open the soul of the fabulous city.

When I set out for Brazil for the first time I went straight for the real thing – not Rio de Janeiro, not São Paulo – Brasília was where I wanted to go. I’d seen the city in a cinema when I was a child, just like Persepolis (Pars) in Persia, another dream driven by running pictures that I made come true. Both places blew my mind. It is Clarice Lispector’s text that opens this book, which the genius writer conceived for the inauguration of one of the most amazing cities in the world. Her very words I was reading on the airplane when I was going toward the ‘airplane’ Brasília. I fell in love right away – with Clarice and with Brasília. I painted the city, I filmed it, I wanted to move there – forever. And I shot a whole bunch of Polaroids, as I considered this way of capturing modernity most appropriate: A reference to Brasília being built when this medium started to become hip. As the city was built for the sun it came natural to portrait the other side of the moon: Brasília in the rain. 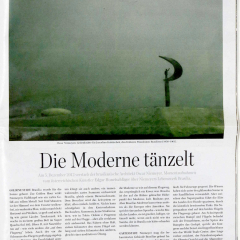 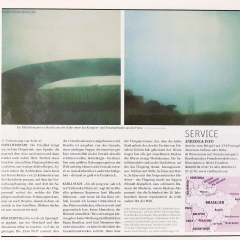