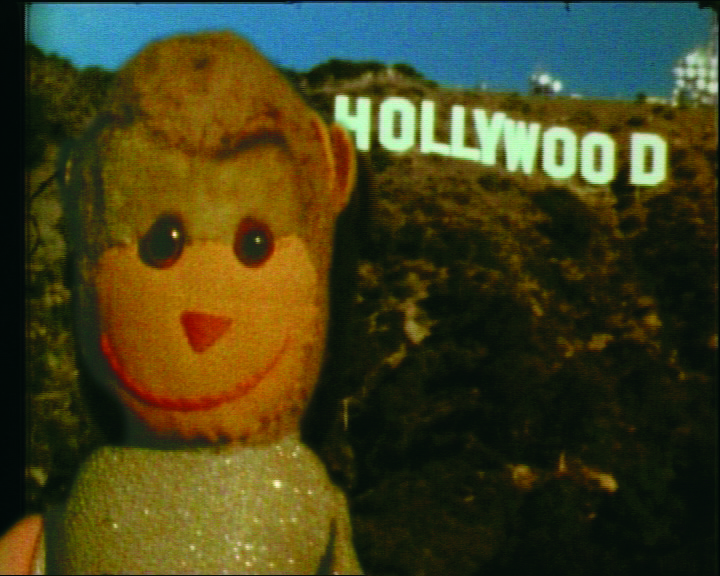 GEORGE is the film-maker’s old trustee and moth-eaten cuddly toy. He plays the lead in a small film in an equally moth eaten HOLLYWOOD, that will make everyone happy, even if it is full of sarcasm. “Curious George” by Margret & H.A. Ray, two Germans from Hamburg who emigrated 1923 via Brazil to the United States, has been America’s most popular children’s book for decades now. Curious little monkey George, stolen from the jungle, like Fips the monkey by Wilhelm Busch, ends up in New York, were he masters various adventures. GEORGE IN HOLLYWOOD is the continuation of the story, but this time the film-maker’s little stuffed George, who has accompanied him for 35 years, makes it to Hollywood. Gertjan Zuilhof. 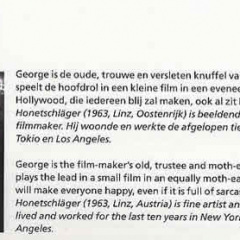 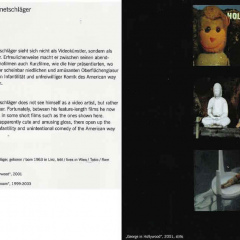