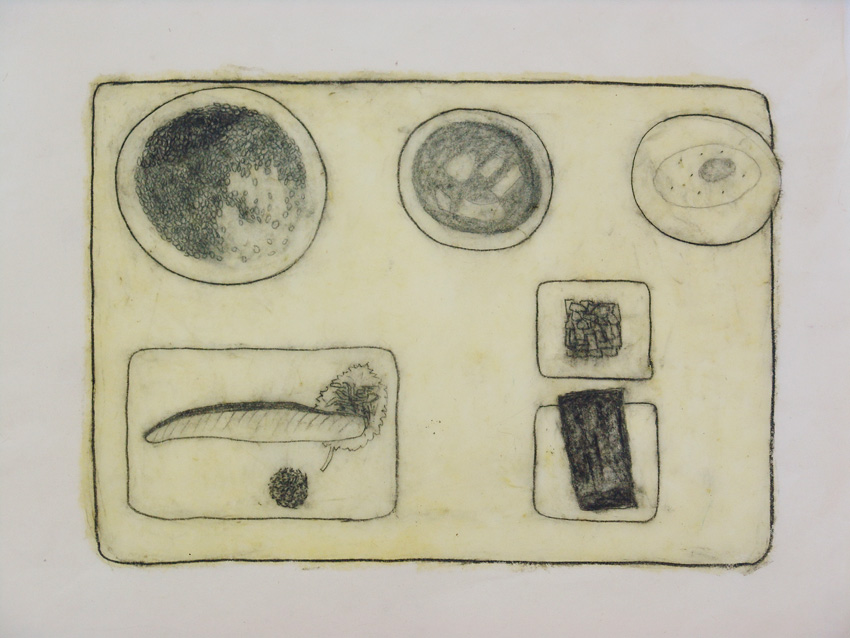 Working in my loft in Williamsburg, Brooklyn in 1989/90 I developed a drawing technique combining graphite with blending stick. It is always gadgets that are being depicted and they usually come in pairs. Two ‘things’, seemingly not connectable, start a rather quirky dialogue with each other, an ironic conversation that eventually gives them as individuals a new meaning. One redefines the interpretation of the other. After I had moved to Tokyo in 1991 I continued doing those drawings. Also when I’d spend time in Vienna or the Austrian countryside some of them came into existence. Below you find a selection of drawings.