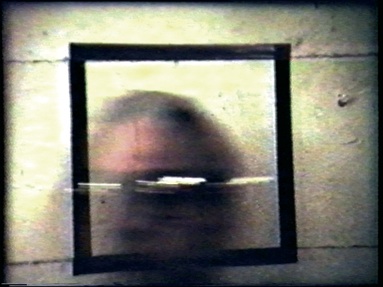 In the winter of 1990 I invited 8 artists, writers and intellectuals to my studio in Manhattan. I asked them to enter a camera-dialogue with me in which they could use whatever gadget they were able to find in my studio. Out of a two hours footag a film was edited. SEQUENCES is an attempt to portray each other and our environment in a word-and soundless visual dialogue. The music which we listened to while we shot SEQUENCES was layed on top of the picture in the editing process.

I’d call it lateral communication in terms of how this movie was filmed and how the scenes and the actions were interwoven. In a way surreal – with a very spontaneous approach. A kind of animation without drawings. Aphorisms. People play a secondary role – their faces are rarely seen. Very intuitive – nothing is constructed – we just filmed whatever came to our mind. The cuts – not done in editing, but during the filming – play a major role. They create the structure. Long shots are intermingled with very short ones. The images are sensual, sensitive and sexual – although sex is never involved. The dialogues are purely visual. The whole thing is like grasping vibrations. Nothing really exciting happens. All SEQUENCES tell a story and at the same time it don’t. The people-gadget interaction is more important than the people-people one. Everything was filmed against a wall – a common background? We were talking to each other by means of images we created. Words weren’t necessary. Metaphors without references.

To see the movie please ask at eh@akis.at