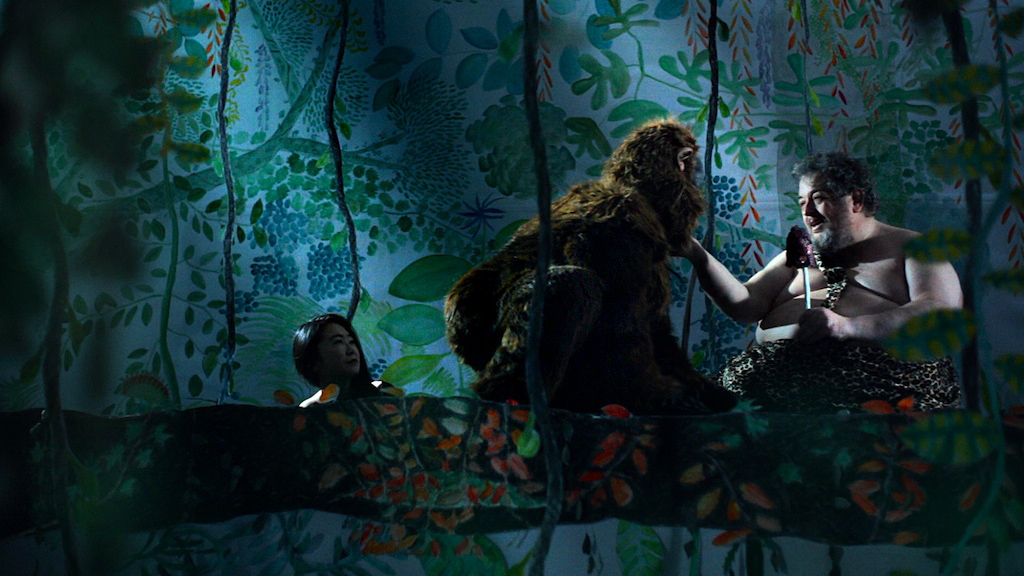 This short movie was a step toward the feature Film LOS FELIZ – drawn sets combined with actors.

Tarzan, aged and fat, is madly in love with one of his ape friends. Jane pops up and causes trouble. The monkey finds solace on his i-phone were his former lover still looks like Johnny Weissmuller. Tarzan 2011 is an ironic adaption of the iconic scene in which Tarzan meets Jane for the first time (‚Tarzan the ape man’ by W.S. van Dyke from 1932) and learns how to speak. Tarzan 2011 is a reference to how the internet turns us all into Tarzans but gives us the chance to stay young and beautiful in virtual space forever.