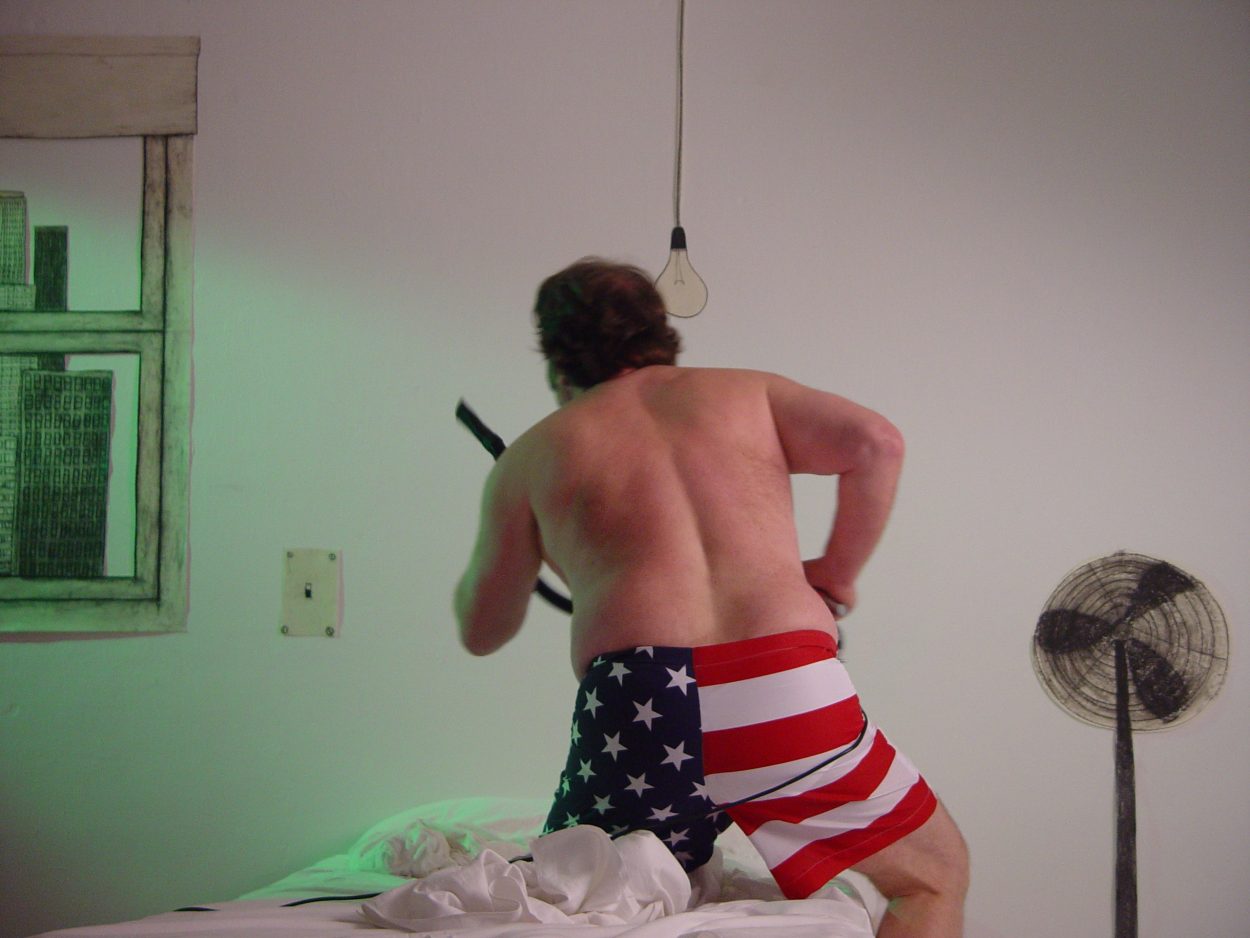 ENDURING FREEDOM is an ironic portrayal of the United States in the aftermath of 9/11. AMERICA is represented by a corpulent actor, who tries to catch some sleep. He/she is in a state of saturation when attacked and he reacts with clumsiness and helplessness. Tiny drawn mosquitoes represent the TERRORISTS and the scale of threat they really impose on the omnipresent empire. No matter how hard America tries to rid itself from attacks and how much security it will come up with, there will always be another “mosquito”. At first the protagonist retaliates with a vacuum cleaner that almost seems like a phaser out of star track, but he fails and the menace escapes. Never getting a rest “the empire” finally succeeds in killing the intruder with the NEW YORK TIMES. The title of the film is the same as the official title of america’s “peace keeping mission” in Afghanistan and the anti terror war called OPERATION ENDURING FREEDOM. 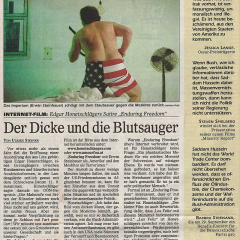